Topology and Geometry Through Graph ML 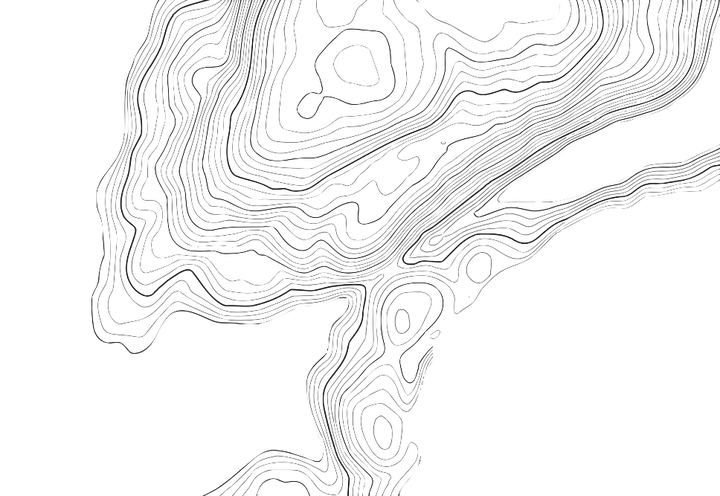 There is no royal road to geometry.

This was Euclid’s response when asked by Ptolemy if no shorter road to geometry existed than through his Elements.1

For the past year I’ve been working with a team of folks at Fetch to develop and productionalize a machine learning based document understanding pipeline powering the core of the Fetch app. At Fetch, we reward our users for snapping pictures of their receipts in real-time, and we do the heavy lifting with this pipeline.

During this process, one of the things I’ve spent more time trying to do is understand unstructured data (such as images of receipts and the language which appears on them) in more elegant ways. This led me to a new and exciting place flourishing within the ML community: Graph Machine Learning (Graph ML).

Graphs Are All Around Us

When first learning about graphs, one usually encounters something like the following:

A collection of nodes or vertices represented as dark green circles connected by edges or links which indicate some pairwise relationship between two nodes.

Despite these modifications, the graph describes the same basic relational structure. We refer to this underlying structure as the graph’s connectivity or the topology of the graph. The graph’s topology is agnostic of where we position these nodes in space, or what we name individual nodes.

This also means graphs exist outside of Euclidean space where we have explicit notions of distance and direction. I have no way of telling if node 3 is closer to node 4 or node 5 even though they appear farther apart in the two examples above. Graphs like these, in their most basic form, do not model Euclid’s geometry. Perhaps there is a shorter road after all?

What Happens When We See Them

Where graphs can be seen, Graph ML is there to teach machines how to make conclusions about them and new unseen things we might later encounter. Graph ML is being used to discover new therapeutic drugs, prevent the spread of misinformation in social networks (and probably also help it too), detect fraud , and extract information from documents.3

As data scientists and machine learners, our main goal is to make sense of the world around us. We do some of that by building models in and through which our understanding may grow. When we begin to see graph structure and its natural projections onto the world, we unlock a deeper and more organic connection through which to explain and infer phenomena. Graphs unlock this connection by blending topological and geometric perspectives.

For machines to learn on data, be it graph-structured or not, we must represent it in a way computers can digest. That is to say, we must encode the data into some n-dimensional Euclidean vector space where individual data points become vectors within that space.

We want to represent each row in the table as a vector.5 However, the Latitude and Longitude coordinate system is part of a fundamentally different type of geometry: a non-Euclidean one native to the 3-dimensional ellipsoidal shape of the Earth. We can convert this non-Euclidean space to a 2-d Euclidean space in the traditional Cartesian coordinate system by using the Universal Transverse Mercator (UTM) map projection.6 The UTM projection gives us an \((easting, \ northing)\) point for each point in \((latitude, \ longitude)\) space.

After we have performed the mapping all of our data can be represented in a 5-d Euclidean vector space where each vector fully describes a row in our data.

This process introduces a consistent geometry to our data. That is, we can now understand our data through its shape, size, distance, and relative position. Below, I visualize the Condor GPS Telemetry vector space, using some liberties to represent the Time and Condor dimensions as hue and point-shape, respectively.

Embedding our data into a vector space allows us to leverage Euclid’s Elements and everything built upon them. We can compare how similar two vectors are by using methods like cosine similarity or feed these vectors into machine learning models as features to learn upon.

When our data has an inherent graph structure, the process is no different. We simply associate feature vectors with their given nodes or edges. Let’s take our first graph and re-imagine it as a representation of a small social network where nodes are user-profiles and edges indicate friendships between them.

For each node we have added a feature vector which holds some information about those user-profiles such as how long they have been on the platform \(x_1\), when they last logged on \(x_2\), their geographic region \(x_3\), and so on.

Assigning feature vectors to the graph overlays a Euclidean geometry upon it. We can no longer move, bend, or switch nodes on the graph because each node now exists at a certain point in our feature-vector space. Moving the node would change its underlying meaning.

Making Use of Topology and Geometry

Graphs allow us to represent features alongside additional relationships and structure. Introducing a flexible topological structure in which Euclidean geometry can be embedded can help our models understand and generalize better.

Relational data is the most abundant type of data across industry, yet it is not often thought about in terms of its inherent graph structure.7 A simple database representation of our small social network below depicts the relational structure which can be explicitly embedded as the edges of a graph.

In this sense, all relational databases can be seen as graphs which allow for complex topologies through primary and foreign key relations like the one-to-many relationship we see above. The intuition behind adding this friendship-structure is that we can learn more about a user by also looking at who they are friends with and the attributes of those friends.

An extremely common modeling task on relational data of social networks is predicting user churn. We want to know which users are likely to drop off the platform and perhaps intervene. A tabular machine learning model might ingest the rows of the user table as features and learn to recognize patterns about certain types of users and their behavior which makes them likely to attrite.

This may work relatively well, however, it ignores the underlying topology of friendship such a user finds themselves within. Consequently, we lose the ability to answer questions like: if a user’s friends churn, are they more likely to churn themselves? The graph-based approach allows us to answer this question because we can capture, for each row in the data, additional information about relationships between rows.8 Cvitkovic (2020) shows incorporating the connectivity of relational data through graphs is especially useful when many tables and foreign key relationships belong to a relational database.9

Graphs unlock this capability by incorporating topological structure as an inductive bias alongside features rather than as an additional feature. Acknowledging the inherent topology of our data helps models better understand how to learn rather than expanding what to learn.

Topological structure need not conform to the Euclidean feature-space. Graphs force us to understand this through their non-Euclidean connectivity. However, a different kind of topology has been lurking alongside us along the way.

When we think about the data most machine learning operates on, such as tables, text, or images, we don’t usually speak about topology. That is because these data types all enforce a strict regular topology that doesn’t give us much signal to learn on. Images, for example, are represented as a regular grid of pixel values which can also be transformed into a graph.10

The structure of the pixel-grid will not change from image to image. That means the topology of the data can’t help us understand what the image is of. All of the signal which differentiates images is held in the 2-d Euclidean pixel-space rather than the topology of the pixel-space. The same case can be made for text data in a 1-d space, or any n-dimensional Euclidean vector space (like that of our Condor GPS telemetry) because there is always regular grid structure.

Machine learning canon evolved using Euclidean data and enforced this regular topology implicitly. The invariances of regular grid-structure were built into the models.11 As an artifact, much of machine learning has bound model architecture and input structure. Geometric Deep Learning is carving a different paradigm in which models are designed to understand and exploit the topological and geometric properties of their inputs. Models of this paradigm can adapt to different and more complex topology induced by graphs, symmetry groups, and manifolds while allowing for dynamic computation graphs.12

To Blog Is To Forget

Looking back over the past year, I’d be remiss to not speak on the effects of entering into the fold through my own journey developing large-scale document AI systems. Document AI is a field which uses AI to comprehend documents such as scanned invoices, webpages, legal filings, and in my experience: receipts.13 It is broad and touches a wide range of AI specialties: CV, NLP, and even more recently Graph ML.14

Once brought into the fold of Graph ML, it can be hard to stop seeing graphs everywhere you look and especially hard to not send your CV and NLP colleagues blogs about how CNNs and transformers are just special cases of graph neural networks. Yes, pretty much everything is a graph or can be molded into one but doing so isn’t always useful. Ignoring topology can help to not distract models (and the people who build them) when it lacks useful information. It also allows for highly optimized and parallelizable architectures rather than ones which are more flexible but must unfurl computation graphs dynamically.

Through sheer luck and an amazing group of colleagues and mentors, my past year led me to explore Graph ML and the Geometric Deep Learning paradigm to search for and uncover a hidden semantic topology within the documents we process. While I can’t say what this means for the future, I can say I have grown more than I could have imagined and I’m excited to see what 2023 holds.

As for Ptolemy, I’ve found another answer. The shortest road between two points isn’t always a straight line. . . 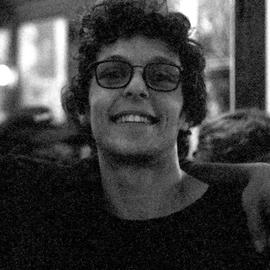 Previous
Are regional conferences better for the environment?